Welcome to this weeks golf tips.

This week I will be 100% focused on the Arnold Palmer Invitational. Always a fun and prestigious tournament.

Before I do that however, I need to recap this week. Where had not one, not two, not three, but FOUR cashes.

Alas it was dead heats all the way around so it was only a small profit. However it was still something.

In the Honda Open it was insane how close we were to wins. As it is however I had three people all in the top 5 as predicted with one just one stroke away.

The top three were Lee Westwood, Byeong-Hun An and then Daniel Berger. All were so close to the win too.

Then in the New Zealand Open I picked up Michael Hendry for the cash too which as nice.

So before we go any further here’s the betting slips for those: 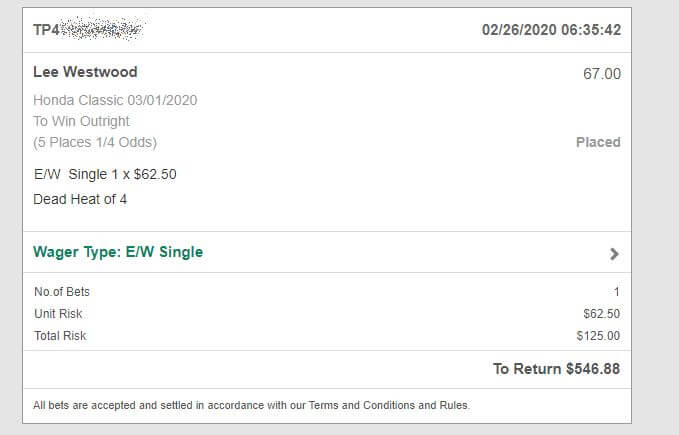 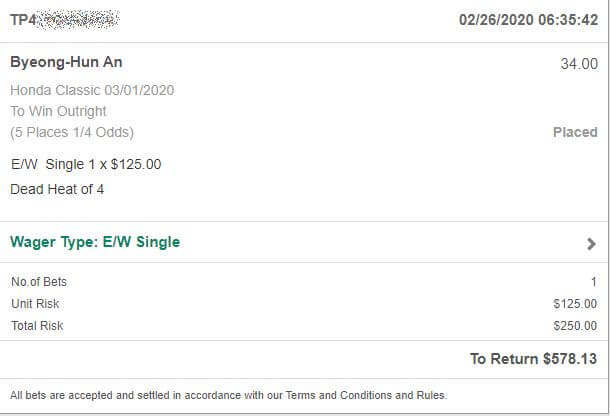 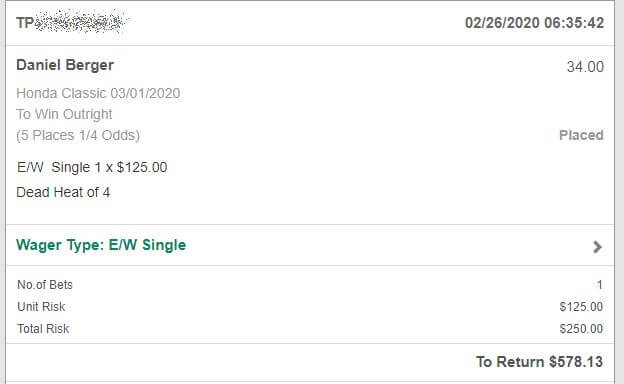 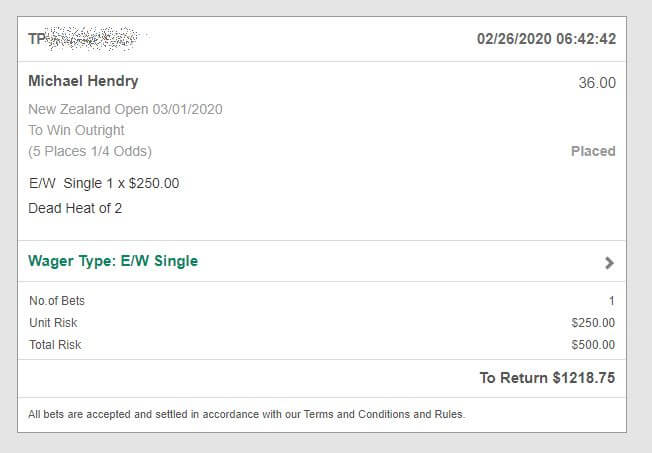 Now let’s go straight into the golf tips for this week:

So I have 6 bets for this tournament. All are to win and top 5. Split your units over that or do e/w betting if your sportsbook allows it (aka any non-US sportsbook).

The first one is Bubba Watson at 45/1 for 3u. Bubba is someone who if you have been following my tips over the past month I have felt would win a tournament soon. We backed him for the top 5 finish in Phoenix and he delivered. He wasn’t able to deliver at the Genesis Open however the price is absolutely delicious here and I am happy to back him as he didn’t look too shabby in Mexico.

Next is a 2u play on the 40/1 Byeong-Hun An. Awesome odds for him. I feel like he can carry that momentum here. Note that he finished 10th here last year too so that is a plus. Gotta think he can do some damage.

Then I have all 1u plays. My first one ugh – I almost hate it. Molinari at 90/1. He’s terrible right now BUT I do enjoy rooting for him and he has dominated on this course previously. At that price I just gotta back him.

Ancer? I don’t see it however some people I really respect have backed him so I’m going to ride along with them. Scottie hasn’t played here however is in decent enough form and according to the metrics, could do well. Finally Kevin Na suits this course well based on his numbers going into this one. He used to actually do really well here however that was prior to the changes in 2015. In saying that he performed well at the Genesis Open.

That’s all I am going with this week and nothing for the non-PGA tournaments. I was tempted by quite a few guys here like Stenson and Leishman but have decided not to. Enjoy the tournament!