As the NFL season kicks off, fans are eager to see their favorite teams compete and battle for a spot in the playoffs. However, along with the excitement of the game, some controversies constantly stir up some drama. From NFL Betting to ball tampering, here are some of the biggest NFL controversies of all time.

The Deflategate scandal rocked the NFL when a source revealed that the New England Patriots had intentionally under-inflated footballs in their AFC Championship game against the Indianapolis Colts. The scandal quickly became known as “Deflategate” and was a major talking point leading up to the Super Bowl. 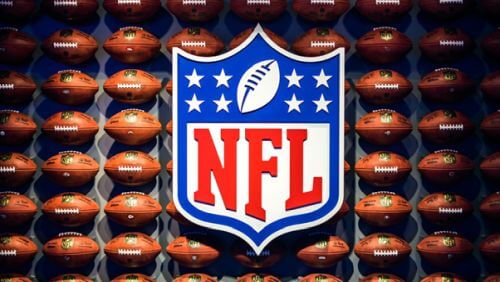 The Ray Rice domestic violence case has been all over the news lately. Rice, a former NFL running back, was caught on camera punching his then-fiancée in the face, knocking her unconscious. This incident has sparked a national conversation about domestic violence and how the NFL and other organizations handle it.

Many people ask why Rice was only given a two-game suspension for his actions. The NFL has since said that it was because it had not seen the video of the assault until after the suspension was handed down. However, this explanation has not been well-received, as many feel that the NFL knew about the video and chose to punish Rice lightly to avoid negative publicity.

Others have argued that the NFL’s suspension was too harsh. They claim that Rice has already been punished enough, as he has lost his job and been publicly shamed. They believe that he should be given another chance and that his punishment should be more in line with that of other players who have committed similar offenses.

In 2007, Michael Vick, then a star quarterback for the Atlanta Falcons, was indicted on federal charges relating to a dogfighting ring in which he was allegedly involved. Vick was eventually convicted and served time in prison. The case generated a great deal of public interest, with many people questioning Vick’s character and whether he should have been punished so severely.

In 2012, the New Orleans Saints were embroiled in a bountygate scandal. Defensive coordinator Gregg Williams was accused of organizing a program in which players were paid bonuses for injuring opposing players. The NFL launched an investigation and eventually suspended head coach Sean Payton, general manager Mickey Loomis, and Williams for all of the upcoming season. The Saints were also fined $500,000.

What Were The Consequences Of The Deflategate scandal?

The Deflategate scandal had far-reaching consequences for the New England Patriots and the NFL. The Patriots were fined $1 million and lost two draft picks, and quarterback Tom Brady was suspended for four games. The NFL also changed its rules governing ball inflation, requiring all footballs to be inflated to a pressure of 12.5 to 13.5 psi.

How did the Deflategate scandal impact the NFL?

The Deflategate scandal had a significant impact on the NFL. It damaged the league’s reputation and raised questions about the integrity of its operations. The scandal also led to the suspension of New England Patriots quarterback Tom Brady for four games.

What lessons can be learned from the Deflategate scandal?

The Deflategate scandal was a major controversy in the National Football League (NFL) in the United States. The Deflategate scandal has been a topic of much debate among NFL fans and experts. Some people argue that the Patriots were unfairly punished, while others believe they deserved to be penalized for their actions.

Many lessons can be learned from the Deflategate scandal, and here are three key takeaways:

Integrity is key: The Patriots were punished because they were caught cheating. If you want to be successful in any field, it is important to maintain your integrity and always follow the rules.

Transparency is important: The NFL conducted a thorough investigation into the allegations and was transparent about its findings. This helped ensure that the public believed in the League’s integrity.

Mistakes can be costly: The Patriots paid a heavy price for their actions in terms of money and prestige. So if you make a mistake, be prepared to face the consequences.

What is the future of the NFL?

The NFL has been around for almost 100 years and has been a staple of American culture. But what is its future? There are several issues that the NFL is facing. The first is the issue of concussions. There have been several lawsuits against the NFL by former players who allege that the NFL did not do enough to protect them from concussions. There is also the issue of players kneeling during the national anthem. This has caused a rift between players and fans. Finally, there is the issue of the NFL’s ratings. The NFL’s ratings have been dropping in recent years.

These are all serious issues that the NFL needs to address. The NFL’s future is uncertain.

Whether it’s players kneeling during the national anthem, teams moving to new cities, or players getting into trouble off the field, the NFL has never been short of controversy. As the new season gets underway, let’s hope that the controversies of the past are left in the past and that we can all focus on the game.